It all starts with drawing. 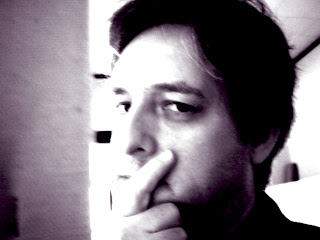 A friend asked me recently why I hadn't done any nudes in so long. Long story short...I'm drawing nudes again.

How's that for a blog?

I've also been busy painting in mixed media, doing some software interface design and playing / teaching music. Check out my Facebook page for posts and pics.

Take care,
JP
Posted by Anonymous at 10:25 AM No comments:

Donna, the girls and I will be celebrating life and opportunity together at my new Rymer Art Gallery Show this weekend. It's the First Saturday Nashville Art Crawl! My work will be in the upper level. Come say hi and ask what we've been up to. I promise the answers are more interesting than this blog.

James
Posted by Anonymous at 1:47 PM No comments:

Two in one night. Yup. It's a list.
ultraman
pumpkin soup
pico de gallo
curly light fixtures
ghost world
sherlock holmes
popular sandwiches of the 1800's
fmr audio
dominant 7th chords in modern music
someday
Paul Westerberg's
the lyrics to "Just a Boy Named Charlie Brown"
Where is Terry Adams today?
Of course the moon is hollow. All the lava evaporated into space.
I hate the sound of my kid's coughing with a respiratory infection.
I love the sound of my kid's laughter.
basketball doesn't really matter all that much, really, I think, possibly?
wish I'd learned to properly play the piano 20 years ago
will visit New York City again
love Donna's hands
all together....chocolate
Posted by Anonymous at 4:51 PM No comments:

Isabella just came in. Crunch, crunch, squeak, bang, out-of-breath and late for dinner.
I understand.
Busy year but you wouldn't have known from the blog. Let's see, I spent the first few months navigating a commissioned sale to Pinnacle through Herb at the Rymer. That had us all very optimistic at the year ahead. Then the economy seemed to stall out again.
Lot's of people I know are struggling. The fear is palpable. Somewhere along the way, we allowed others to define the limits of our happiness. Shame on us.
By the summer, I was refocused and moving ahead with projects.
Most of the time since then has been devoted to recording a second full length CD with Billy Swayze. I'm very excited with the progress we've made since the first record. With luck, we'll be sending it off for mastering the first of November.
After a couple months of working at Apple ( a longer story ), I returned with purpose to painting. A new group of works were delivered to the Rymer in late October with some interest already.
I don't have any answers for where we all go from here. I know I need to see my family healthy and happy. If I can do that painting and playing music, all the better. If not, we'll do what we must. I'm proud of the work I do. It's a life worth living.
James
www.pearsonart.com
Posted by Anonymous at 4:07 PM No comments:

Donna has very kindly reminded me that I have a blog. Oops.

Art news? Yes. I'm actually busy creating a 22 canvas installation for the Rymer to open late this month. I've had a string of sales and feel generally optimistic for 2010.

As usual, I'm also busy with other things: Teaching privately, learning more jazz guitar, rehearsing a band for the fall and writing software for the iphone.

Thanks for dropping by. I'll try to pop in more often. :)

James
Posted by Anonymous at 8:23 PM No comments:

"Hey James....I really like your art. The abstract nature of your art makes it difficult for me to see and understand...just like all those chord changes. So maybe you need a blog to give people and introduction to those little squares and rectangles."

"Thanks Dan. The blocks and shapes aren't all that difficult to understand. Each block is like a note, chord, word, paragraph, minute, hour, life. Put another way, my mom and grandma make quilts and these are my way of continuing that patchwork."

James
Posted by Anonymous at 7:55 PM No comments:

There she is over my shoulder, The Chrysler Building. The most beautiful building ever made, New York's finest architectural landmark and a shining example of our country's golden age where design met function and won. It only took me 40 years to stand on the Empire State Building's observation floor and take that photo.

I had an amazing trip to New York City a couple of weeks ago. Chris Minnis and I went up. All he asked was to go to Jazz Clubs at night and I was more than pleased to agree. That left my days free to do whatever I liked.

First day was the Empire State building and lot's of walking around Midtown visiting shops and local eateries. That night we went to the Village Vanguard to see the Fred Hersch Trio. NPR recorded it so you can listen for yourself:

The second day was filled with Art. We stayed in Chelsea so it was convenient to visit galleries. Many were closed in the morning. What I saw through the day largely met expectations: creative, cerebral with splashes of energy but no great surprises. My work holds up very well thank you. :) The best part of the morning was meeting two locals, Jack and Danny. They're in the quarry business and were both born and raised New Yorkers who very generously spent more than an hour talking to me about the city, growing up there and how things had changed - for the better. Danny's wife served me a great cup of coffee. It was his 45th birthday. On their insistence, I did the touristy stuff on Broadway, visiting the Ed Sullivan Theater, Central Park and 30 Rock. I capped my daytrip with a very satisfying visit to MoMA, noone to rush me. Feeling guilty afterward, I spent way too much time shopping for my family in the shop!

That night we rode the subway to Little Italy for dinner and accidentally went to Brooklyn. All ended well and we made it back for dinner at Angelo's. We got two shows in that night. The first was beyond belief, in part because I didn't know what to expect from Terence Blanchard's Quintet. Shame on me. NPR comes through again with a downloadable mp3 of his Feb show at the Vanguard.

We finished the night catching the legendary Pat Martino at the Iridium on Broadway playing with Tony Monaco. His story speaks volumes about the human mind and spirit. Check his National Jazz Museum of Harlem interviews out on Youtube.

All in all, a very inspiring two days. I videotaped constantly, people on-the-street, accidental angles, construction, traffic, things I never saw before in films.... and have been reviewing those tapes for painting ideas. So much more to see and do but it will have to wait till next time. My wife and girls will join me next summer when we visit again. Anyone want to give us their Letterman tickets?

James
Posted by Anonymous at 8:46 AM No comments:

I hope everyone's having a great summer. The Art market is obviously slow at the moment but I've participated in a few shows and am otherwise staying busy with teaching and playing in a small Jazz combo I put together. Life is beautiful.

The Bowling Green Public Library is presenting a series of workshops and public presentations as part of a summer cultural program. They've asked me to speak twice. I tried to pick two subjects that are close to my heart AND timely.

Both are free and available to the public. Seating may be limited so come early. :)
Posted by Anonymous at 9:14 AM 1 comment: